The instant you meet Chad you know he is beyond passionate about life. Around the age of 15 Chad fell in love with music and their systems – at the time, car audio systems. He always said that his dream job would be to install car stereos, well, in typical Chad fashion, always doing things as big as possible, he took that dream and amplified it.

Chad graduated with a degree in Network Systems Administration when he decided to take that feeling of being young and falling in love with the emotions that music provoked inside of him, and evolve it into a passion of designing and installing systems that will provide his customers with the same experience.

He built on that foundation by using his knowledge and experience to integrate security and automation into his specialties, to further create a whole-home, passion-driven experience designed specifically with the customer’s wants and needs. 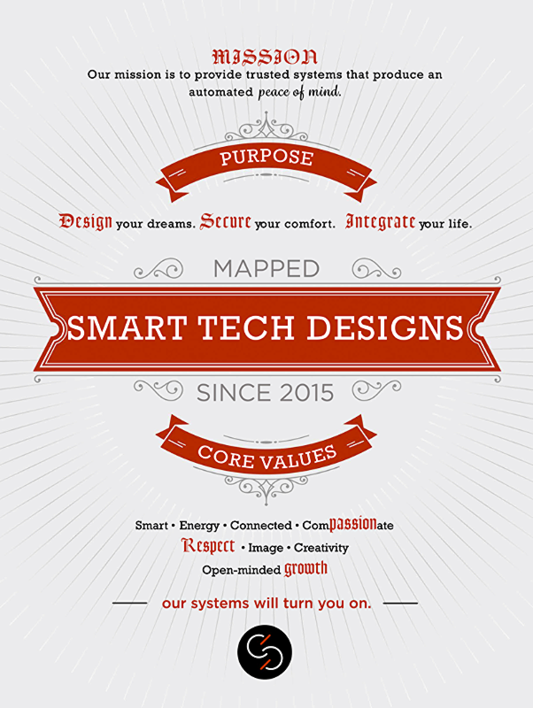 Kelly Ragsdale has been a successful businessman and business owner for the last 40 years until he semi-retired a few years ago. Kelly’s most legendary venture was eventually purchasing his family business. Shortly after launching based on their invention of the first automatic swimming pool cover, Kelly joined and grew the small business from $1 Million per year to $30 Million per year. Eventually having over 500 Dealers worldwide and over 100 employees in 3 states.

Kelly is involved with Smart Tech Designs as an Investor and Advisor helping his Son-in-Law and Daughter with their business. Kelly has always admired Chad’s ability to figure out the most complicated systems and his abundant curiosity.

Kelly himself designed a home in Park City Utah for his family that is a truly a “Smart Home”. Using state-of-the art equipment from security cameras, alarms, distributed audio and video plus a whole home auxiliary battery backup system. His home was featured in Western Art and Architecture Magazine for its innovative design and functionality.

OUR SYSTEMS WILL TURN YOU ON!

Katharine, aka “Kat” or “Kate” has an extensive background in customer service. At the young age of 16 she began working for her father’s company. After years of management and customer service experience, she eventually pursued an education to become an Aesthetician doing what she loves most, taking care of people.

More often than not Katharine puts other people’s comfort before her own. A few years ago, realizing that it was time to take care of herself a little more, she decided to stand right by her husband’s side to help make their dreams a reality in starting their own business. Katharine is now back to her roots with Smart Tech and is charged with office management, organizer extraordinaire, customer service rep, and number one supporter of her husband.

"Chad is easy to work with and communicates well. Very friendly and follows through on promises. I will hire him again for the next project and recommend to friends."

"The techs wore shoe covers, brought in tarps to catch the mess from drilling the wall. Cleaned everything up before they left. Tidied up all the cords. Friendly and efficient! They explained everything to me. Great service"

"My entire experience was professionalism from beg to end. Honest, timely and accurate work. Will certainly call them in future."

"Was looking for a company to put up my TV on my wall. Was contracted by Smart Tech Design. The representative that I spoke with said he could have a technician at my house within 45 minutes. the representative was there right on time. After looking at my wall and discussing a very fair price I may add, he told me he could be at my house the next day to get the job done. He said he would be there 7:30 am. Well the next day at 7: 30 am my door bell rang and it was the him right on time. The work was done in about 2 hours.as he said it would be. It was done very professionally and I loved it, The technician was very knowledgeable about what he was doing. I highly recommend SMART TECH DESIGNS for anybody who may need their TV mounted on their wall. GREAT JOB SMART TECH"